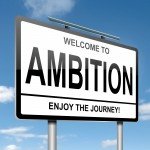 I want everyone to know the truth about self-directed IRA’s.

I’ve been working full time in real estate investment since 1999. I remember back in 2001, an investor friend of mine, named Lawrence, told me he was buying and selling real estate out of his self-directed IRA. Lawrence was very excited about the self-directed IRA opportunity, and he talked about it as if he had found a too-good-to-be-true secret to real estate investing: something that was so profitable that it was either too good to be true or it was something that would not be available for very long.  At that time, Lawrence was buying five or six houses for me per year. Every house he bought, he took title in the name of his self-directed IRA, it was an LLC.
Lawrence was thrilled about the concept of self-directed IRA. He told me he was able to keep 100% of his profits in this IRA and could, of course, use those profits to help fund his next project. He told me that these profits are completely income tax-deferred. Lawrence was overwhelmed by the opportunity the Self-Directed IRA gave him. By not paying 40% of his profits to the government in taxes, he was able to use that cash to help fund future investments. Lawrence calculated that he had 20 years left in his investing career and he could build his self-directed IRA exponentially by deferring taxes. Of course, Lawrence explained that when he retired and started to use the profits from his self-directed IRA he would be paying taxes on the money, however he calculated that by the end of his career, he would be in a lower tax bracket and he would have built the IRA up to such a massive amount that he would enjoy a very lavish retirement.

The reason I wanted to tell you this experience is because back in 2001, I was having the same feeling that you are probably having right now. The self-directed thing sounds like a way to get around paying taxes, and it sounds like a good way to end up in jail. Everybody has to pay taxes. In 2001, I mentioned this concept to 2 financial adviser friends. I asked them for their opinion on self-directed IRAs. They overwhelmingly suggested that they self-directed IRA is a very risky thing to do with your retirement. My financial adviser friends felt like they had much more refined expertise because they studied investments full-time. They also were backed by big companies like Edward Jones, Morgan Stanley, and Raymond James, who have educated teams of very intelligent financial researchers that are able to help them make smart decisions on how to invest peoples IRA money so they will have a secure future and retirement.

By the end of my research in 2001, I came to the same conclusion many investors have: I don’t know enough about Self Directed IRA’s to start my own.  What I did know, was that being able to defer paying taxes on large real estate and investing profits sounded like an IRS flag. I knew that I wanted to follow the IRS’s rules, and this “real estate IRA” sounded like a scam.

Self directed IRAs are not a scam. The reason self-directed IRA’s might not feel right, is because you do not have the guidance and insight of your financial adviser telling you everything is going to be OK. However, if you direct your IRA funds into real estate, you’re buying tangible assets. You’re buying a house that is able to be rented out and every month you’ll collect rent. Sure, there will be ongoing repairs there will be a clogged sink here and there, but every month for as long as you own that property, you will have the opportunity to collect rent. I had an investor friend call me last week saying her $50,000 IRA had produced $47 profits in the previous 12 months. In full confidence, without a doubt in her mind, she asked me if I could help her convert her IRA to self-directed and invest it in real estate.

Having explained my previous experience in self-directed IRA’s, what I really want to tell you is that you need to have the confidence to think outside the box. When you discuss self-directed IRAs with your financial advisers, 99% of the time they will never recommend that you take that option. The advisors will tell you this because:

1) You do not have the research of their firm helping you make good decisions.

2) They will go over the drawbacks of real estate: tenants can be a pain and small repairs can become a hassle.

3) Most importantly, your financial adviser will not earn a commission when he or she converts your IRA into self-directed.

Financial advisers typically earn a commission when they move your funds from one investment to another, from one stock to another, or from one mutual fund to another.

I can introduce you to specialists who help people convert their traditional IRA to Self-Directed.

These advisors help people increase their confidence in controlling their own IRA’s, especially if they think the opportunity may be too good to be true.

The only advice I’m strongly pushing for today is: keep an open mind! Don’t write off self-directed IRAs as a scam, a way to get around paying taxes, or something that’s good to be true. Self-directed IRAs are here to stay, they are not a way around paying taxes, they are a way of deferring paying taxes. They are in investment option for a person who’s not afraid to step outside of the box, take control of their investment funds, and proactively prepare for their financial retirement.

TOGETHER WE WILL FIND YOUR

Buy/Sell With Us!
Join Realnet

Realnet has been brokering residential and commercial real estate since 1998. Our broker, Greg Vander Wel has overseen more than 3,000 transactions in his career. Contact us today to discuss how we can help you reach your real estate goals!